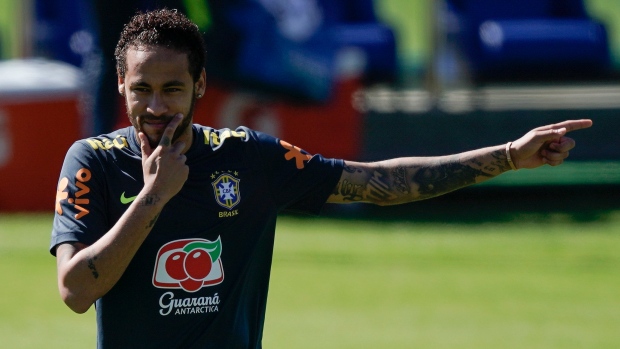 It appears Barcelona is working towards bringing Neymar back from PSG.

According to ESPN FC, Barcelona is prepared to offer the French club €100 million with Philippe Coutinho and Ivan Rakitic in exchange for Neymar. Barcelona had previously hoped to only include players in their pursuit of Neymar, but upped their offer again after PSG rejected a bid of €60 million and Coutinho for Neymar. The report adds PSG are "not too keen" on Rakitic and are pushing for midfielder Nelson Semedo to be included by Barcelona.

PSG's sporting director, Leonardo, said last month that the team would sell Neymar, but only if their price was met. Both Real Madrid and their rivals in Barcelona have linked to the Brazil forward since.

Neymar missed PSG's first game of the season on Sunday with coach Thomas Tuchel citing injury as the reason for his absence. The 27-year-old, who reported late to training from his summer holidays, has made clear in recent weeks that he wants to leave the club and has been involved in a tense relationship with Leonardo.

Leonardo told French media on Saturday that transfer talks on Neymar with unspecified clubs are "more advanced," although there is still no done deal.

Signed for a world-record fee of £198 million from Barca in 2017, Neymar has scored 34 times in 37 league matches for PSG over two seasons, but his spell in Paris has been marked by a number of disciplinary issues including a three-game ban for his next three European matches following an outburst at officiating after PSG crashed out of the Champions League to Manchester United last winter.