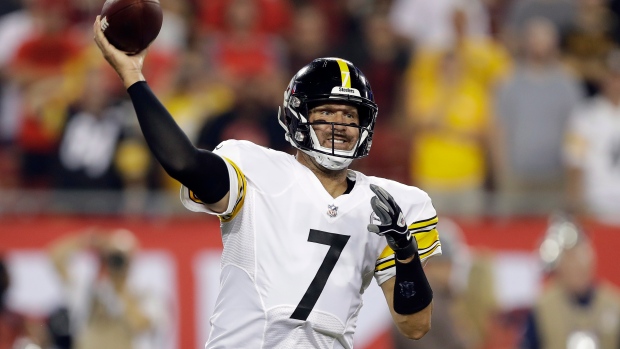 Injured Pittsburgh Steelers quarterback Ben Roethlisberger had surgery on Monday and is expected to return for the 2020 season, according to ESPN's Adam Schefter.

Roethlisberger had the procedure Monday in Los Angeles at the Cedars-Sinai Kerlan Jobe Orthopaedic Clinic. Dr. Neal ElAttrache performed the procedure in consultation with Steelers Team Physician Jim Bradley, who began his career there, according to Schefter.

”Once Ben returns to Pittsburgh, he immediately will begin working with the Steelers’ medical staff on his rehabilitation, and he is expected to make a full recovery and return to the field for the 2020 NFL season," the Steelers said in a statement.

The news comes on the heels of an ESPN report from Sunday that indicated the Steelers have full confidence he would be back in 2020.

"He fully intends to come back from his injury, and everything we've heard, we're comfortable that's a strong possibility," head coach Mike Tomlin said.

The 37-year-old quarterback left Pittsburgh's Week 2 matchup with the Seattle Seahawks with a right elbow injury. Mason Rudolph finished the game under centre for the Steelers.

Roethlisberger has served as the team's starting quarterback since 2004, twice leading the league in passing yards and three times in yards per game.

The Steelers (0-3) will look to get in the win column against the Cincinnati Bengals in Week 4 on Monday Night Football.