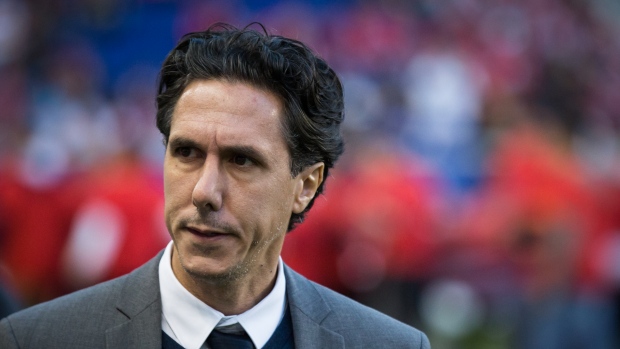 Mauro Biello will not return as head coach of the Montreal Impact next season, reports TSN Radio 690 Montreal’s Rick Moffat.

#MLS sources close to #IMFC confirm to @TSN690 #MauroBiello and his staff have indeed been told they will not be back in same roles for '18. pic.twitter.com/wPPGDDy88N

Moffat reports that Biello and his staff will be offered different roles with the club, who are losers of four of their last five matches.

Sitting in seventh place in the Eastern Conference, five points adrift of the New York Red Bulls for the final playoff spot with only two matches remaining, the Impact stand on the precipice of missing out on the postseason for the first time in three years.

Joining the Impact in 2009, Biello assumed head coaching duties of the club on August 30, 2015 following the dismissal of Frank Klopas. The former Canadian international and Montreal native was named permanent head coach in the 2015 offseason. Last season, Biello guided the club to a berth in the Eastern Conference finals, falling to Toronto FC over two legs.

But Biello denied the report after a 1-0 loss to NYCFC on Wednesday.

"It's part of the job," Biello said of the rumours. "In the end, I can only control what I can do with the team. All those other things are a distraction, but for me I have to concentrate on what I have to. Unfortunately things like that are put out there and there's nothing I can do about that. All I can is try to put the team in the best position to perform."

Moffat notes that while Nesta is of interest to the Impact, they can’t yet approach the Milan legend.

Following the international break, the Impact close out the season with a visit to TFC in the penultimate matchday before finishing up at Stade Saputo on October 22 against the New England Revolution.