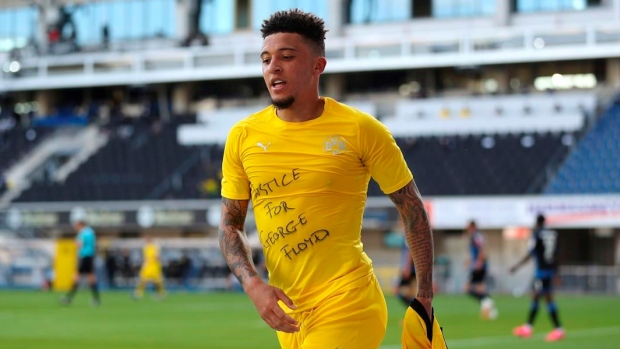 Jadon Sancho might be available for Manchester United, but not until the Red Devils meet Borussia Dortmund's valuation.

Transfermarkt rates Sancho as Europe's eighth-most valuable player at a valuation of £115 million.

Sancho joined Dortmund in 2017 in a £8 million move from Manchester City where he spent time at the club academy.

This past season, Sancho appeared in 32 league matches, scoring 17 goals and adding 16 assists. Only Bayern Munich's Thomas Muller had more assists with 21.

Internationally, Sancho has been capped 11 times by the Three Lions, scoring twice.

United, who finished third in the Premier League, are looking to add to their squad this offseason as they prepare for a return to the Champions League.

The Red Devils remain alive in the 2019-2020 Europa League, scheduled to face off against LASK in the second leg of their Round of 16 tie on August 5. United won the away leg 5-0 back in March.