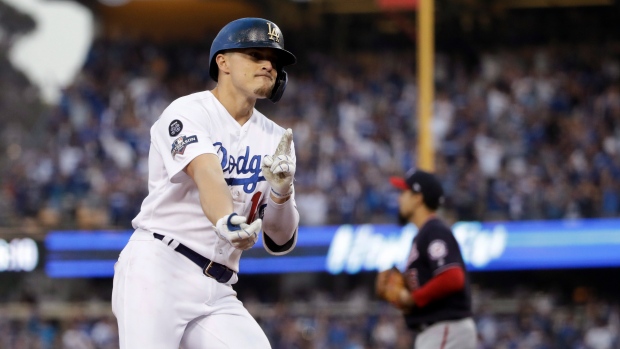 The Boston Red Sox and super-utilityman Kike Hernandez are in agreement on a two-year, $14 million deal according to Mark Feinsand of MLB.com.

Per source, Hernandez’s deal with the Red Sox is for two years and $14 million. https://t.co/59edxPM6nM

The 29-year-old spent the last six seasons with the Los Angeles Dodgers and hit two home runs in the National League Championship Series as the Dodgers went on to defeat the Tampa Bay Rays in the World Series.

A native of San Juan, Puerto Rico, Hernandez made his big league debut in July of 2014 as a member of the Houston Astros.

Meanwhile, according to multiple reports, the Red Sox have also checked in on right-handed starter Garrett Richards.