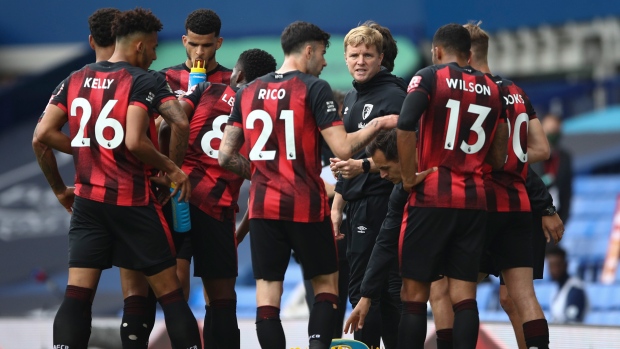 Bournemouth's board is convening to consider whether or not to mount a legal challenge to the Cherries' relegation, the BBC's Laura Scott reports.

The basis to the challenge would be goal-line technology's failure to award a goal to Sheffield United in the Blades' first match of the Premier League restart in June against Aston Villa. The match would finish 0-0 and Villa would escape the drop by a single point over Bournemouth.

Hawk-Eye, the company that makes the Premier League's goal-line technology offered an apology after the match.

"The seven cameras located in the stands around the goal area were significantly occluded by the goalkeeper, defender, and goalpost," the company said in a statement. "This level of occlusion has never been seen before in over 9,000 matches that the Hawk-Eye Goal Line Technology system has been in operation. Hawk-Eye unreservedly apologises to the Premier League, Sheffield United, and everyone affected by this incident."

Despite the error, the matter could be an uphill battle for the Cherries.

According to the International Football Association Board rules, "in principle, a match is not invalidated because of: malfunction(s) of the VAR technology (as for goal line technology (GLT))."

Scott notes that the team has yet to contact lawyers about the matter.

Bournemouth, who were relegated alongside Norwich City and Watford, exit their first ever stay in England's top flight after five seasons.