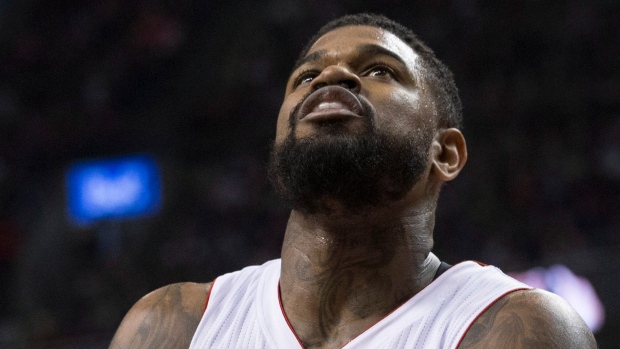 Veteran centre and former Toronto Raptor Amir Johnson has emerged as a prime target for the Brooklyn Nets according to Marc Stein of the New York Times.

Veteran center Amir Johnson has emerged as a prime target for the Nets, league sources say, in their search for roster reinforcements

The Nets have been decimated of late and will be without Kevin Durant, Kyrie Irving, Spencer Dinwiddie, DeAndre Jordan, Wilson Chandler and Nicolas Claxton when play resumes in Orlando later this month. Stein adds the Nets have been on the hunt for frontcourt reinforcements of late.

Johnson has not played in the NBA yet this season after appearing in 51 games with the Philadelphia 76ers in 2018-19.

After beginning his career with the Detroit Pistons, Johnson is best known for his time with the Raptors from 2009 to 2015. He averaged 8.8 points per game to go along with 6.3 rebounds over the course of six seasons with the Raps.

He then spent two years with the Boston Celtics before joining the 76ers as a free agent in the summer of 2017.

Brooklyn will enter the NBA's restart at Disney World seventh in the Eastern Conference at 30-34.