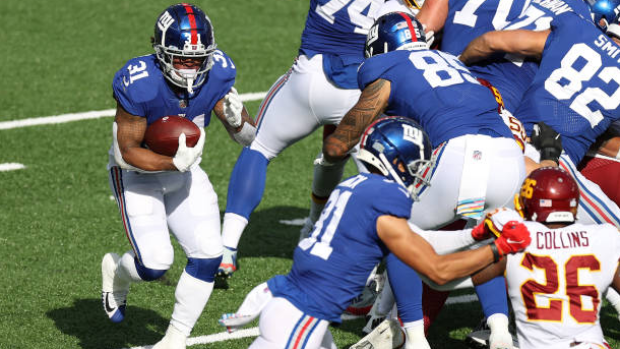 The Buffalo Bills are signing veteran running back Devonta Freeman to their practice squad, according to ESPN’s Adam Schefter.

Bills are signing former Giants’ RB Devonta Freeman to their practice squad, per his rep @DrewJRosenhaus. Bills need another back to make up for loss of RB Zack Moss.

Freeman played in five games with the New York Giants this season, totaling 230 yards and two touchdowns. The 28-year-old has not played since Oct. 22 due to an ankle injury and was released by the Giants on Jan. 7.

If active for the Bills' AFC Divisional game against the Baltimore Ravens, Freeman would likely take the roster spot of rookie Zack Moss, who will miss the rest of the playoffs after injuring his ankle in Saturday’s 27-24 win over the Indianapolis Colts.