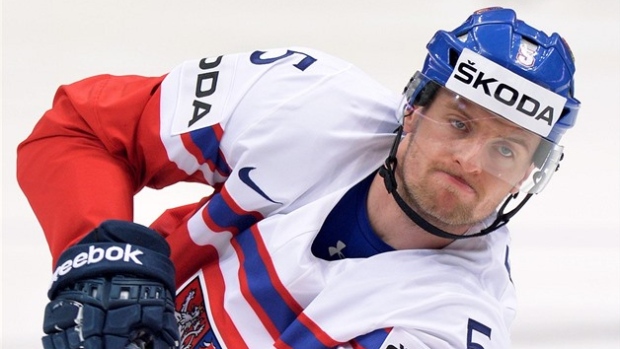 The Montreal Canadiens have agreed to to terms with KHL defenceman Jakub Jerabek, according to KHL reporter Aivis Kalnins.

Jerabek, who was never selected in the NHL draft, scored five goals and tallied 34 points and 56 penalty minutes in 59 games last season with Chekhov Vityaz.

TSN Hockey Insider Bob McKenzie reported in February that Jerabek was getting considerable interest from NHL teams. He was free to head to the National Hockey League once his KHL season was over.

Because he's 25, Jerabek can be signed to an entry-level contract, but only for one year.

Jerabek played the previous eight seasons with Plzen in the Czech League.