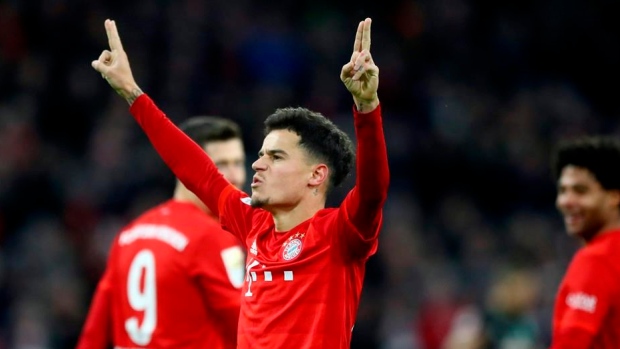 Philippe Coutinho could be on his way back to the Premier League.

The Spanish outlet Sport reports Chelsea has opened talks with Barcelona about a loan deal for the Brazil winger.

Coutinho, 27, is currently on loan at Bayern Munich.

No deal has been reached between the two clubs and the sticking point appears to be whether the option to buy at the end of the loan would be a mandatory one.

Making his senior debut with Inter in 2011, Coutinho broke out upon a transfer to Liverpool in 2013. In five seasons with the Reds, Coutinho scored 54 times in 201 appearances, becoming a fan favourite at Anfield in the process.

In the January of 2018, Coutinho moved to Barca in a £105 million transfer, but struggled in developing chemistry with his new teammates. Coutinho made 76 appearances for the club across all competitions in two seasons.

In 22 league appearances for Bayern this season, Coutinho had scored eight times.

Internationally, Coutinho has been capped 61 for Brazil, appearing at the 2018 World Cup.