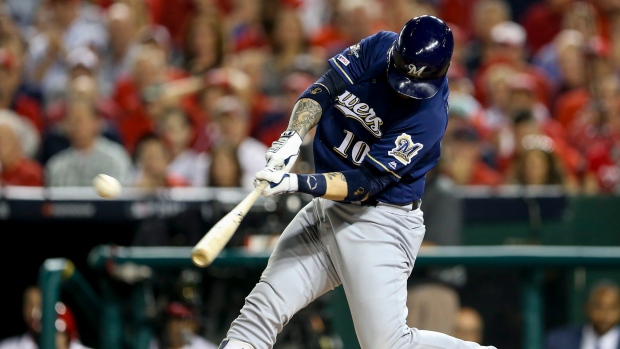 The Cincinnati Reds went from 67 wins in 2018 to 75 victories last season and appear to be ready to take another step forward in free agency.

"All signs point toward a serious run at catcher Yasmani Grandal," wrote Bobby Nightengale of the Cincinnati Enquirer.

This lines up with what team president Dick Williams said last month about the Reds being open to spending more money this winter, though he did rule out going after deals that are "too big to digest."

“To go out and sign an open-market free agent to a big dollar multi-year contract is not something we’ve done, but it isn’t something we will shy away from,” Williams said. “You have to define how big is big. Given our market size, we want to try to avoid deals that are too big to digest, but we understand how to compete for talent on the free agent, which is part of the strategy this year.”

As Nightengale points out, the Reds haven't signed a major league free agent to a contract worth more than $3 million per season since 2013.

Grandal, a 31-year-old switch-hitter, hit a career-high 28 home runs last season with the Milwaukee Brewers and posted an OPS of .848. Over the course of eight big league seasons, Grandal has played with the San Diego Padres and Los Angeles Dodgers in addition to the Brewers.