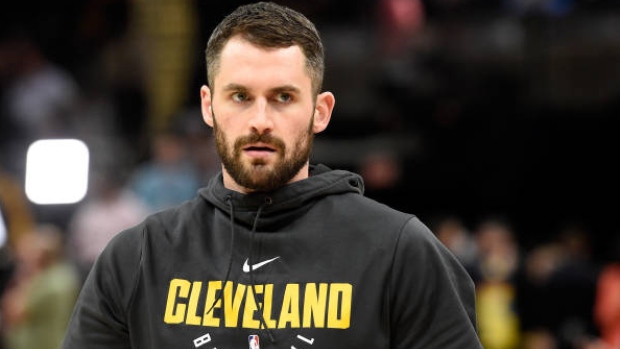 According to The Athletic's Shams Charania, the Cavaliers big man prefers a move to a contending team. ESPN previously reported that the Cavaliers have been open to engaging in trade discussions with teams.

Love, 31, has been a member of the Cavaliers since the 2014-15 season, coming over to the Cavs via a trade with the Minnesota Timberwolves. Initially after arriving in Cleveland, he formed a “Big Three” with LeBron James and Kyrie Irving. Together, the trio led Cleveland to three straight Finals appearances (2015-17), with the Cavaliers taking home the Larry O'Brien Trophy in 2016. Ahead of the 2017-18 campaign, however, Irvin was traded to the Boston Celtics after reportedly asking to be traded. James and Love led the Cavaliers to another Finals appearance in 2018, but the club was swept in the series by the Golden State Warriors — who beat Cleveland in three out of its four Finals appearances with Love and James — and James subsequently signed with the Los Angeles Lakers in the off-season.

Love signed a four-year contract extension reportedly worth $120 million with the Cavs ahead of 2018-19 season, but the team won just 19 games that season and is currently just 5-18 this season.