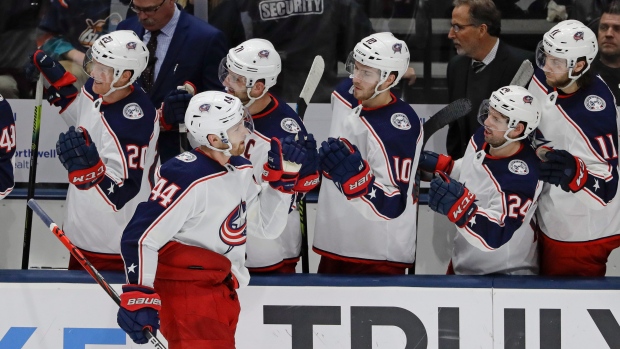 According to Aaron Portzline of The Athletic, the Columbus Blue Jackets have started working on a long-term contract extension for pending restricted free agent Vladislav Gavrikov.

The 24-year-old joined the Blue Jackets for two games in last year's playoffs after the KHL season ended and has five goals and 18 points in 69 games as an NHL rookie this season.

A sixth-round pick of the Blue Jackets in 2015, Gavrikov spent the previous five seasons in Russia, playing the final two with SKA St. Petersburg.

He won a gold medal with Russian athletes competing under the Olympic flag at the 2018 Olympics in Sochi and won silver as Russia's captain at the 2015 World Juniors.

He's currently in the second season of a two-year, entry-level contract signed with the Blue Jackets last spring and carries a $925,000 cap hit this season.