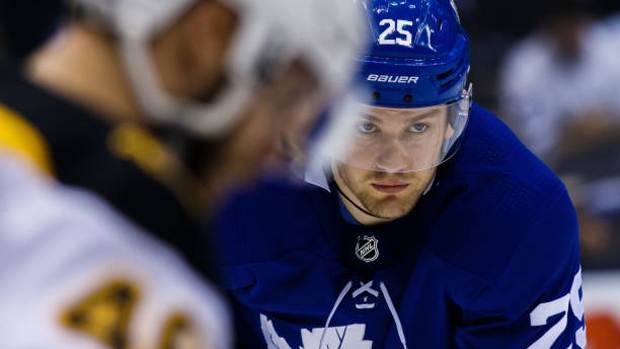 The Arizona Coyotes appear to be considering a big-name signing on July 1.

According to Craig Morgan of Arizona Sports, the Coyotes have spoken with James van Riemsdyk, David Perron and Michael Grabner since the negotiation window opened on Sunday.

Can report that the Coyotes have had discussions with the representatives for free-agent forwards David Perron, James van Riemsdyk and Michael Grabner.

Coyotes general manager John Chayka told AZ Sports earlier this week that the team was looking to add a winger on July 1, though it was unclear how high-profile of a player the team would target.

“We feel like we can add to our wingers,” Chayka said. “Free agency is one way to add some wingers who we think highly of and can add a lot to our group. We’re continuing to build here, so if there’s a player out there and ownership is on board, we’ll take that step.”

Van Riemsdyk, 29, is listed at No. 2 on the TSN Top UFA list ahead of Sunday. The Maple Leafs winger scored a career-high 36 goals and posted 54 points this past season.

Perron, 30, is listed at No. 7 on the board, but ranks third among wingers behind Vegas Golden Knights teammate James Neal. He had a career-high 50 assists this past season, adding 16 goals in 70 games.

Grabner is listed at No. 20 among free agents and split last season between the New York Rangers and New Jersey Devils. He started the season strong with the Blueshirts, posting 25 goals in 59 games, but cooled after the trade deadline, scoring just two goals and five points in 21 games with the Devils.

According to CapFriendly, the Coyotes have $19 million in cap space this off-season with no restricted free agents (at the NHL level) left to sign.