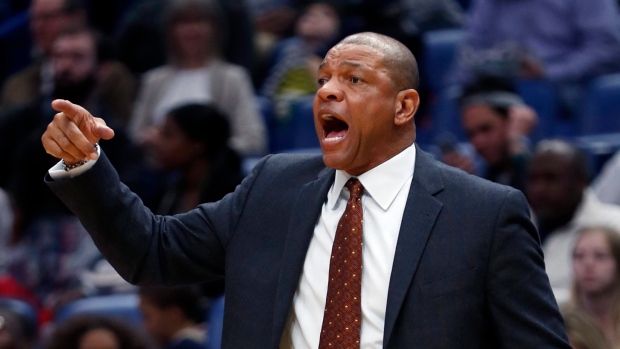 Former Los Angeles Clippers head coach Doc Rivers will meet with the Philadelphia 76ers about their head coaching vacancy according to The Athletic's Shams Charania.

Charania reports this meeting will take place in the Philadelphia area.

Rivers was surprisingly fired by the Los Angeles Clippers earlier week after the Clips fell in seven games to the Denver Nuggets, ending a season early that many hoped and predicted would end in an NBA Championship following the acquisitions of Kawhi Leonard and Paul George.

Rivers had been with the Clippers for seven seasons after a successful nine-year tenure with the Boston Celtics.

Meanwhile, the Sixers made a coaching change of their own once their season ended, parting ways with Brett Brown following a first-round sweep at the hands of the Boston Celtics.

Brown had also been with the 76ers for the past seven seasons, but was unable to get the team past the conference semis in their three playoff appearances during his reign.