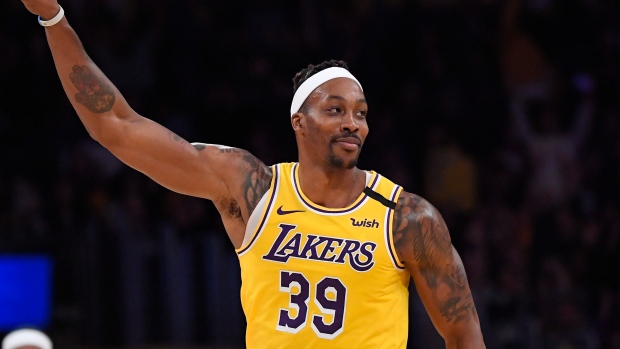 Dwight Howard and the Philadelphia 76ers have reportedly agreed to a one-year deal, according to The Athletic's Shams Charania.

Howard, 34, spent the 2019-20 season with the Los Angeles Lakers where he averaged 7.5 points per game and 7.3 rebounds per game in 69 regular season appearances. In the playoffs, he averaged 5.8 PPG and 4.6 RPG as the Lakers captured the Larry O'Brien Trophy, the first NBA championship of Howard's career.

The first overall pick in the 2004 NBA Draft by the Orlando Magic, Howard is an eight-time All-Star and has been named to the All-NBA First Team five times in his career. He also took home the NBA Defensive Player of the Year award three years in a row (2009-11).