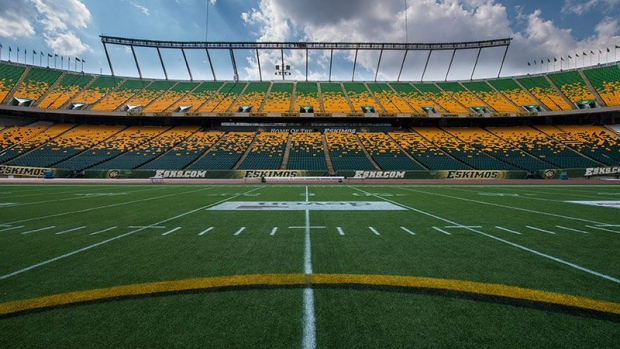 Despite the CFL allowing its teams around the league to re-open their facilities amid the ongoing COVID-19 pandemic, the Edmonton Eskimos have elected to keep their facilities closed for the time being, per Dave Campbell of Edmonton-based radio station 630CHED.

#Eskimos have made the decision to keep their facilities closed for the time being. Team cites the limitations of working out in groups. Also the team doesn’t have access to their own weight room. Players will continue to work out on their own. #CFL

According to Campbell, the Eskimos have cited their players inability to work out in groups as a reason as to why their facilities will remain closed. Campbell also points out that the team doesn’t have access to their own weight room.

The CFL approved the re-opening of all team facilities on May 27. The Toronto Argonauts, Hamilton Tiger-Cats and Calgary Stampeders re-opened their facilities to players this week, and the BC Lions are slated to do the same on Monday.

It remains to be seen whether the CFL season, which was scheduled to get underway in May, will be able to commence amid the pandemic, but commissioner Randy Ambrosie told TSN this week that he remains optimistic that the league will play some form of a season before the year is over.