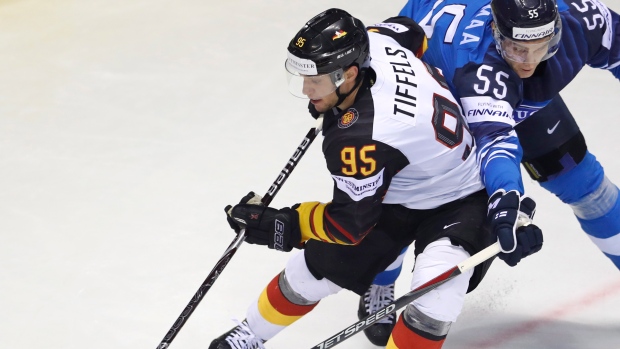 According to Kurt Leavins of the Edmonton Journal,  the Oilers "have an eye on" German forward Frederik Tiffels after his performance at the world hockey championship.

A sixth-round pick of the Pittsburgh Penguins in 2015, Tiffels spent 12 games with the AHL's Wilkes-Barre/Scranton Penguins in 2017-18 and 44 with the ECHL's Wheeling Nailers. He was waived by the Penguins after the season and spent this year with Kölner Haie of the German Hockey League.

In 27 games with Kolner, he posted six goals and 22 points while adding four goals and nine points in 11 playoff games.