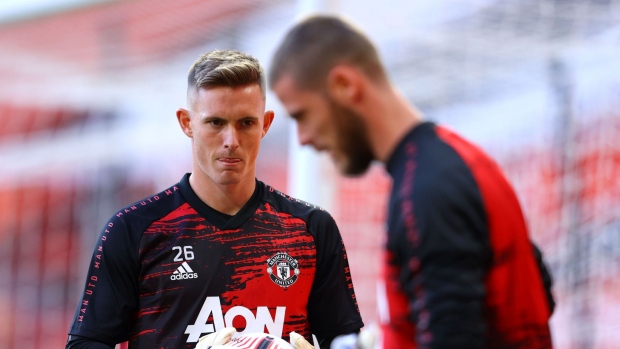 Dean Henderson has yet to be successful in his bid to unseat David De Gea as the No. 1 at Old Trafford and it's starting to get to him.

Sky Sports reports the England goalkeeper is growing increasingly frustrated at Manchester United at his lack of playing time with other clubs ready to swoop in should the opportunity present itself.

Henderson, 23, is a product of the United academy and in his first active season with the senior team after having gone out on loan for the rest of his professional career.

Henderson, who made his England debut last year, starred last season at Sheffield United where he helped lead the Blades to the cusp of European football and a surprise ninth-place finish after winning the Championship the previous season.

Thus far in this campaign, Henderson's role with the Red Devils has mostly been limited to work outside of the league. Henderson has only made three of his 12 appearances in the league, having been relegated to United's cup 'keeper and the first-choice in League and FA Cup matches.

Sky notes that Tottenham Hotspur's France 'keeper Hugo Lloris is entering into the final season of his contract with no extension talks tabled and manager Jose Mourinho is an admirer of Henderson's from his time at United.

Borussia Dortmund is also said to have interest in Henderson's services.