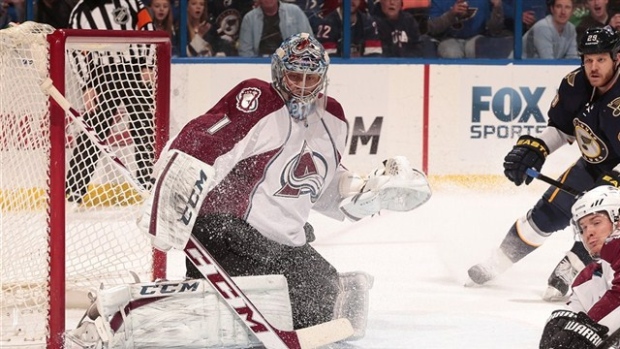 The ex-girlfriend of Semyon Varlamov is suing the Colorado Avalanche goaltender for alleged domestic violence incidents that occurred during their relationship, according to an ESPN report.

Evgeniya Vavrinyuk filed the civil suit in Denver district court and is seeking damages for past and future income as well as damage to her reputation, humiliation and emotional distress. The alleged incidents include kicking, punching and threats during fits of drunken rage from November 2012 to October 2013.

Varlamov, 26, was arrested on assault charges against Vavrinyuk last October. The charges were dropped two months later due to lack of evidence.

“Obviously this case is very important,” Vavrinyuk’s lawyer, Keith Fink, told ESPN.com via email. “Professional sports organizations and collegiate programs need a wake-up call that domestic violence is an extremely serious issue and a huge problem that must be addressed with draconian penalties on an organizational and institutional level to the athlete involved. The current laissez faire approach enables domestic violence and is not something our society will countenance.”