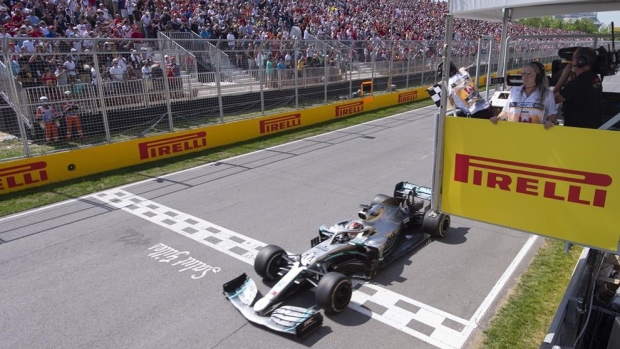 MONTREAL — The Canadian Grand Prix has been cancelled this year due to the COVID-19 pandemic.

Formula One said in a statement Friday that it decided to hold the rest of its 2020 season in Europe after the Russian Grand Prix on Sept. 27.

Three races have been added to this year's schedule, including one at Germany's Nurburgring circuit on Oct. 11, the date that had previously been set for the event in Montreal.

The Portimao Grand Prix in Portugal and the Imola Grand Prix will come next on the F1 calendar, meaning that no races will take place in the Americas this year.

"We are disappointed that we won't be racing in Canada this year and know our fans will miss the excitement the race in Montreal always provides," Chase Carey, the F1 chairman and CEO, said in a statement.

"We can't wait to be back next year and we know all our fans will be excited when we return."

With the three added events, there will be 13 races during this year's F1 season.

F1 typically tries to hold 15 to 18 events and aims to finish the season in December with races in Bahrain and Abu Dhabi.

The last time the Canadian Grand Prix was cancelled was in 2009. At the time, the event promoter and F1 couldn't come to an agreement over the rights to show the race.