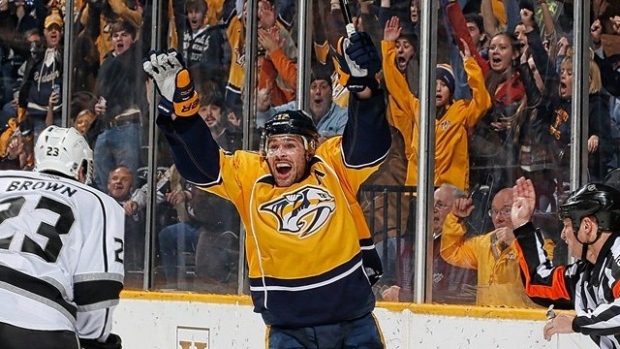 Veteran centre Mike Fisher was named the seventh captain of the Nashville Predators on Thursday.

Fisher replaces Shea Weber, who was traded to the Montreal Canadiens for PK Subban during the summer.

“It’s really special to be wearing the ‘C,’” said Fisher at a news conference. “There’s no question it’s an honor, and I’m very grateful for the opportunity to wear it for a great organization, great people and a great team. I couldn’t be happier, and I’m excited. I’m looking forward to the season and it’s going to be a fun challenge.”

Fisher, 36, has served as an alternate captain in Nashville for the last four seasons.