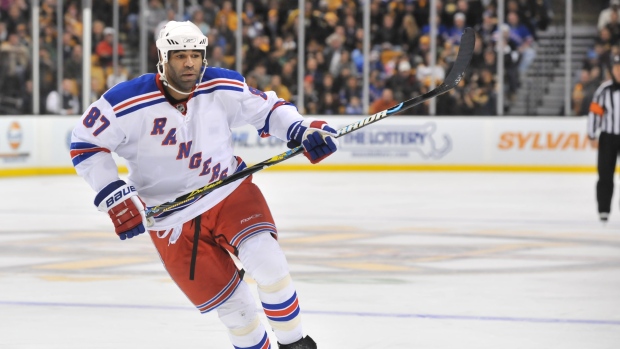 The veteran of over 1,000 NHL games was arrested on June 5 after allegedly breaking an apartment window and was found to have the drug in his possession.

Making his NHL debut in 1993-94 with the Montreal Canadiens, Brashear went on to appear in parts of 16 seasons with the Habs, Vancouver Canucks, Philadelphia Flyers, Washington Capitals and New York Rangers. His 2,634 penalty minutes in 1,025 career games are 15th-most all-time.

This was not the Bedford, IN native's first brush with the law.

In 2000, Brashear was charged with common assault in Vancouver, pleading guilty to putting his hands around the neck of a man at his residence's exercise facility following an argument over the presence of Brashear's young son. He received a conditional discharge.