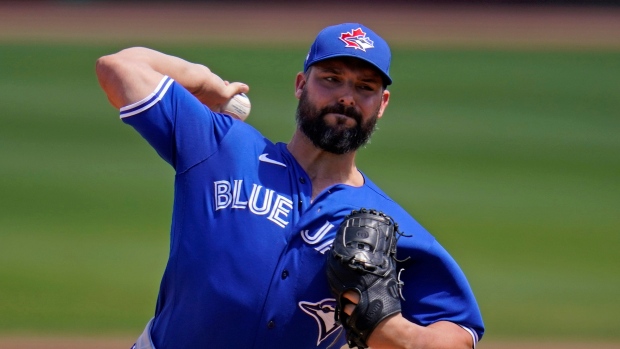 Former Toronto Blue Jays starter Tanner Roark has signed a minor league deal with the Atlanta Braves, according to a report by Mark Feinsand of MLB Network.

Tanner Roark has signed a Minor League deal with the Braves, per source.

Roark was designated for assignment and released by the Blue Jays after struggling through parts of two seasons with the team.

He appeared in three games this season for Toronto and posted an 0-1 record with a 6.43 ERA in seven innings of work.

Roark has also appeared for the Washington Nationals, Cincinnati Reds and Oakland Athletics over the course of his nine-year MLB career.