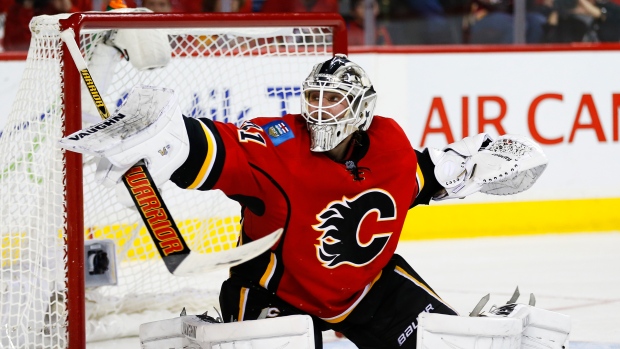 Goaltender Karri Ramo has reportedly re-signed with the Calgary Flames.

According to TSN Hockey Insider Darren Dreger, the netminder agreed to a one-year deal worth $3.8 million. Ramo posted a 15-9-3 record with a .912 save percentage and a 2.60 goals-against average with two shutouts in 34 games last year. He also went 2-3 with a .906 save percentage and 2.86 GAA in seven playoff games last season.

Ramo also spent four years with Avangard Omsk of the KHL from 2009 to 2014 - between stints with the two NHL clubs.