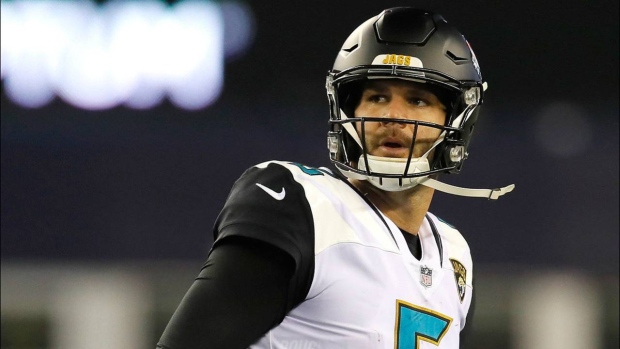 The Green Bay Packers are signing veteran quarterback Blake Bortles to a one-year contract, according to ESPN's Adam Schefter.

The 29-year-old spent time with the Denver Broncos and Los Angeles Rams last season, but didn't see any game action.

Bortles played three games with the Rams in 2019, completing just one pass.

The third overall pick in the 2014 NFL Draft was the primary starter for the Jacksonville Jaguars from 2014 to 2018. He led the Jags to the AFC Championship Game in 2018, losing to the New England Patriots.

Packers starting quarterback Aaron Rodgers has reportedly told people in the organization that he no longer wants to play in Green Bay.