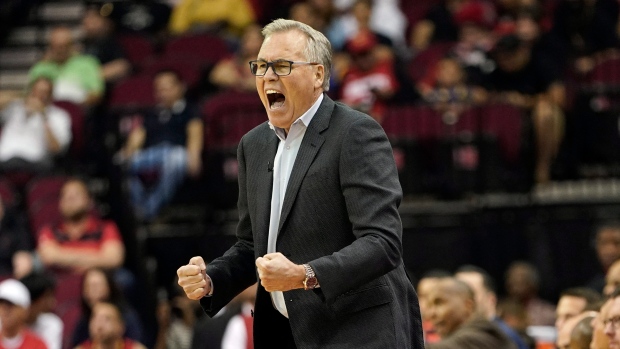 Houston Rockets head coach Mike D'Antoni is informing the team he won't return next season, according to a report from ESPN's Adrian Wojnarowski. D'Antoni's contract with the team expired when the Rockets were eliminated from the playoffs and he will become a free agent.

ESPN Sources: Houston coach Mike D’Antoni is informing the franchise’s ownership today that he’s becoming a free agent and won’t return to the Rockets next season.

Wojnarowski added D'Antoni will be considered among a group of candidates for the Philadelphia 76ers coaching opening.

D’Antoni will be considered among a group of candidates for the Philadelphia 76ers coaching opening, sources tell ESPN. D'Antoni was an assistant for several months under Brett Brown before accepting the Rockets job four years ago. https://t.co/MeoUrwWADm

D'Antoni finished his Rockets teniure with a 217-101 overall record through four seasons, leading the team to the playoffs each year.