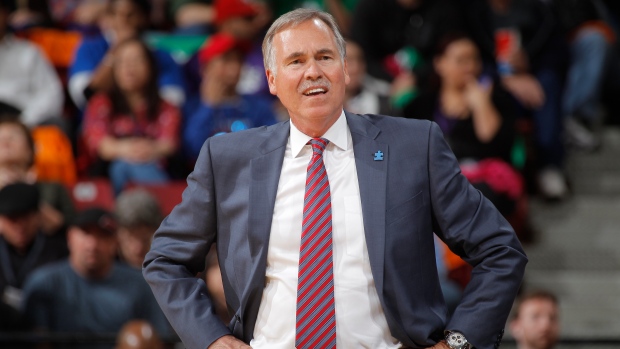 The Houston Rockets and head coach Mike D'Antoni have "rekindled" discussions about a potential contract extension and are nearing agreement according to ESPN's Tim MacMahon.

Talks between the two sides reportedly hit a snap in mid-May but it appears things may just work out to keep the coach in Houston for the near future.

D'Antoni was hired prior to the start of the 2016-17 season and has guided the Rockets to a 173-73 regular season record.

Prior to his time in Houston, D'Antoni served as head coach for the Denver Nuggets, Phoenix Suns, New York Knicks and Los Angeles Lakers. He also was an associate head coach with the Philadelphia 76ers in 2015-16.

The 68-year-old is still searching for his first NBA title.