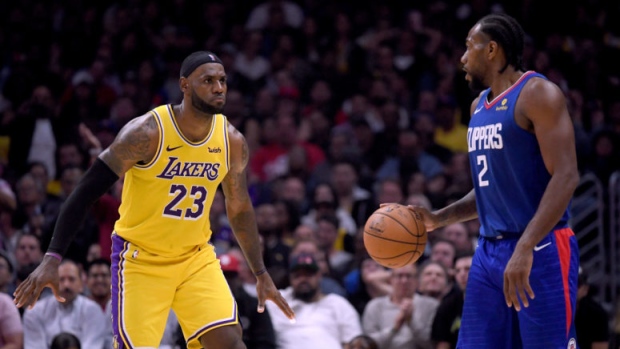 NBA commissioner Adam Silver held a call with the league's board of governors on Tuesday and participants left the meeting "feeling increasingly positive about the league's momentum toward a resumption of play this season," according to ESPN's Adrian Wojnarowski.

Wojnarowski adds that owners and executives felt encouraged by the league's progress toward minimizing health risks if play were to return. This coincides with the National Basketball Players Association's collective desire to try and find a way to resume the 2019-20 season.

Wojnarowski reports the league is planning to formalize COVID-19 testing across its 30 teams and is still discussing a centralized location for the possible resumption of play including Disney World Resort in Orlando or Las Vegas. There has been no formal announcement on what format of play the league will return to if it is able to jump back into action this summer.

The Athletic's Shams Charania reported on Tuesday that Silver told the board of governors he aims to make a decisions about whether to return or not within two to four weeks.

The season was paused on March 11 moments after Utah Jazz centre Rudy Gobert was revealed to have tested positive for the coronavirus.