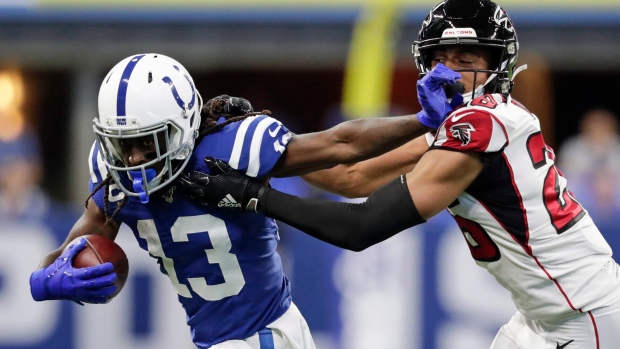 Colts’ WR TY Hilton out with a quad injury.

Hilton was having himself a nice afternoon before leaving, catching eight passes for 65 yards and a touchdown.

According to multiple reports, Hilton returned to the Colts' bench to start the second half without his helmet, indicating he was unlikely to return.

The wide receiver was listed as questionable coming into the Colts matchup with the Atlanta Falcons because of a quad injury. There is no word whether or not the same issue is ending his day early on Sunday.

Following their matchup with the Falcons, the Colts will take on the Oakland Raiders in Week 4.