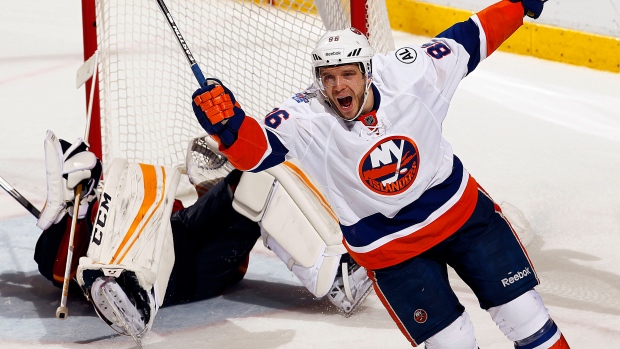 After 10 seasons in the NHL, Nikolay Kulemin appears to be heading home.

According to multiple reports, the 31-year-old has agreed to a deal with the KHL's Magnitogorsk Metallurg, where he spent the first three professional seasons of his career before making the leap to North America.

Russian news outlet Championat reports Kulemin will join Metallurg on a multi-year contract worth up to $200 million Rubles a season, which is the equivalent to $3.2 million USD.

The Magnitogorsk native scored a career-high 30 goals with the Toronto Maple Leafs during the 2010-11 season, but has failed to top 15 goals in a season since.