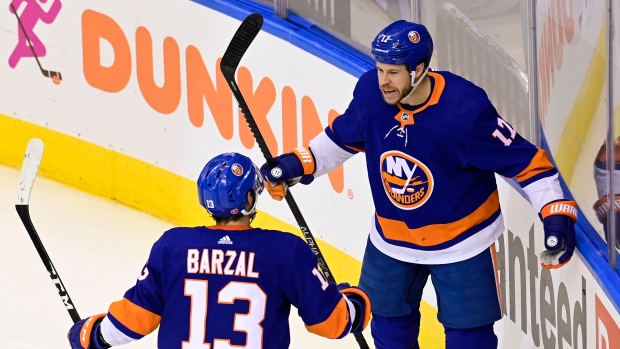 It appears Matt Martin could be returning to Long Island.

According to Artur Staple of The Athletic, the New York Islanders are working towards a deal with the unrestricted free agent forward.

Hearing UFA Matt Martin and the #Isles are working towards a new deal. Believe as many as seven teams inquired about Martin when free agency began last week but sounds like he wants to stay on the Island.

Martin, 31, spent the previous two seasons and nine of his 11 career NHL seasons with the Islanders. He posted five goals and eight points in 55 games this past season, adding five goals and one assist in 22 games during the Return to Play.

Staple reports that Martin received inquiries from as many as seven teams on the free agent market, but wanted to return to the Islanders.

A fifth-round pick of the Islanders in 2008, Martin is coming off a four-year, $10 million contract signed with the Toronto Maple Leafs in 2016.