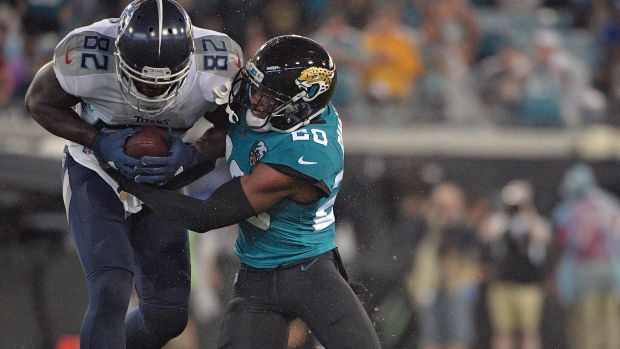 The Jacksonville Jaguars are not interested in trading Jalen Ramsey, according to a report from ESPN's Adam Schefter, despite the star cornerback's request to be dealt.

Schefter added this situation sets up a potential showdown between team and player and Ramsey could tray and force the Jaguars' hand.

It was reported late last week that Jaguars owner Shad Khan wants to keep Ramsey and is willing to make the 24-year-old the highest paid player at his position.

Despite previously asking for a trade, Ramsey appeared in the Jaguars' 20-7 win over the Tennessee Titans Thursday night.