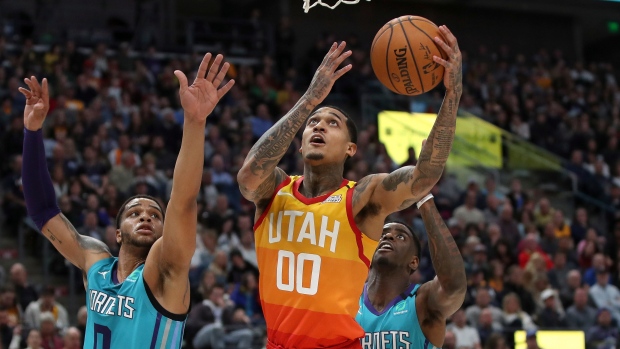 Jordan Clarkson is staying in Utah.

According to ESPN's Adrian Wojnarowski, the free agent point guard has agreed to a four-year, $52 million deal with the Jazz.

Wojnarowski reports the Jazz were determined to re-sign Clarkson after acquiring him from the Cleveland Cavaliers last season. He averaged 15.6 points in 42 games for Utah off the bench last season.

Clarkson spent parts of three seasons with the Cavs after spending the first four years of his career with the Los Angeles Lakers.

The Tampa native was selected with the 16th pick in the second round of the 2014 NBA Draft.