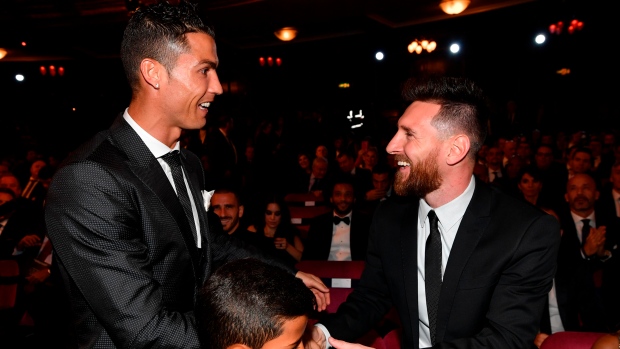 Could Lionel Messi and Cristiano Ronaldo suit up for the same side?

While the idea seems farfetched, Spanish pundit Guillem Balague told BBC 5 Live Sport that Juventus is desperate to get the Portuguese superstar's wages off their books and have offered him to a number of clubs, including Barcelona.

🗣 'Juventus wants to get rid of his wage, he's been offered everywhere including Barcelona' @GuillemBalague on the future of @Cristiano Ronaldo

"He’s been offered everywhere, including Barcelona," Balague said. "I’m not sure if they can get rid of him easily. In fact, with the kind of money -  if he still earns the €23 million net that he was earning at Real Madrid and I think he equalled his wages when he went to Juventus - who’s going to pay that kind of money?”

The likelihood of Barcelona being able to afford Ronaldo is very low. In July, club president Josep Maria Bartomeu admitted that the coronavirus (COVID-19) pandemic had wreaked havoc on the club's finances.

“This pandemic will have effects for two or three seasons," Bartomeu said. "Nobody should think that things will be fixed by next season. The great financial gurus talk about four years, but I think football will go faster.”

Ronaldo, 35, just finished his second season at the Bianconeri after his £105.3 million move from Real Madrid.

Though the club won its ninth straight Scudetto and the Ronaldo himself broke Juve's club record for most goals in a season with 37, the season is viewed by many at the club as a disappointment. Juventus bowed out to Lyon in the Champions League Round of 16. Juventus has not won European club football's top prize since 1996 and the failure to reach even the quarterfinals cost Maurizio Sarri his job. Juve and Azzurri legend Andrea Pirlo was subsequently appointed the club's new manager.

“The reason why Cristiano Ronaldo has been linked to PSG, it’s not so much that PSG are thinking of getting him,” Balague said. “It’s because Jorge Mendes has been given instructions to actually find a team for Ronaldo. We have seen this in the last six months, he was linked to Real Madrid. Real Madrid said, 'No chance! He’s not coming back.' There has been talks about MLS, etc., because Juventus want to get rid of that wage."