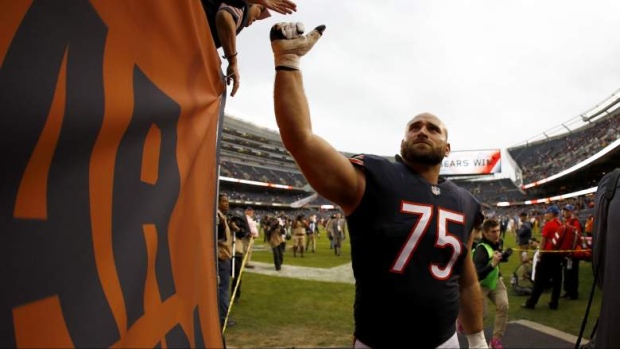 Kansas City Chiefs guard Kyle Long has a leg injury that could keep him out of training camp, according to the NFL Network's Tom Pelissero and Ian Rapoport.

#Chiefs guard Kyle Long suffered a leg injury that could keep him out of training camp, sources tell me and @RapSheet. After initial concern it could be a serious injury, Long underwent tests and the hope now is he could be back right before the start of the regular season.

NFL Networks reports that there was an initial concern that long's injury could be serious but after undergoing tests, the hope is that the guard could be able to return before the start of the regular season.

Long, 32, signed with the Chiefs in March after coming out of retirement. The three-time Pro Bowl retired from the NFL following the 2019 season.

Prior to joining the Chiefs, Long spent the entirety of his seven seasons in the NFL with the Chicago Bears, who drafted him in the first round (20th overall) of the 2013 draft. He is the brother of former NFL player Chris Long and the son of Pro Football Hall of Famer Howie Long.