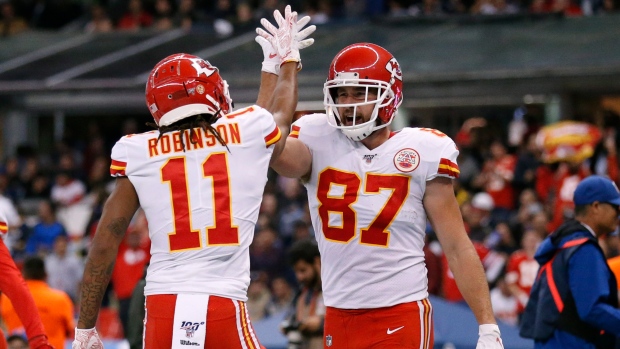 KANSAS CITY, Mo. — The Chiefs and wide receiver Demarcus Robinson have agreed to terms on a one-year deal that helps the reigning Super Bowl champions keep their top four receivers under contract heading into next season.

Tyreek Hill has signed a long-term deal and Mecole Hardman is coming off a strong rookie season, while Sammy Watkins is in the fold for next season but may be asked to restructure his hefty contract or take a pay cut in the coming days.

The NFL Network was first to report Sunday that Robinson was returning to the Chiefs.

The 2016 fourth-round pick played mostly on special teams as a rookie but has seen his role steadily expand. He was the No. 2 option when Hill was hurt this past season, catching six passes for 172 yards and two touchdowns in a win over the Raiders, and finished the year with 32 catches for 449 yards and four scores.