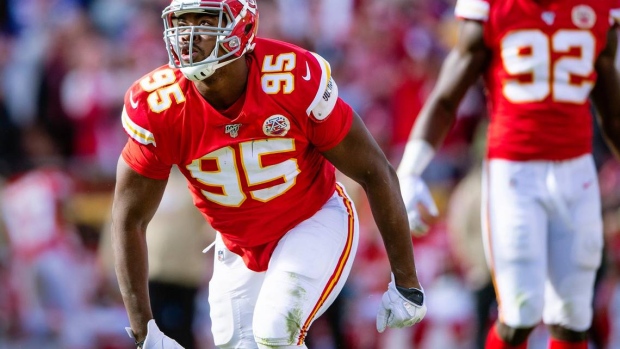 The Kansas City Chiefs are going to use the franchise tag on defensive lineman Chris Jones, according to a report from NFL Network's Ian Rapoport.

The #Chiefs are going to franchise tag star DL Chris Jones, sources say. Not a surprise, but Kansas City views him in their long-term plans and hopes to get a deal done at some point. The window opens officially today.

The Chiefs view Jones in their long-term plans and hope to get a long-term deal done at some point, according to Rapoport.

Jones, 25, was named a Pro Bowler last season after finishing with 36 tackles and nine sacks in 13 games.