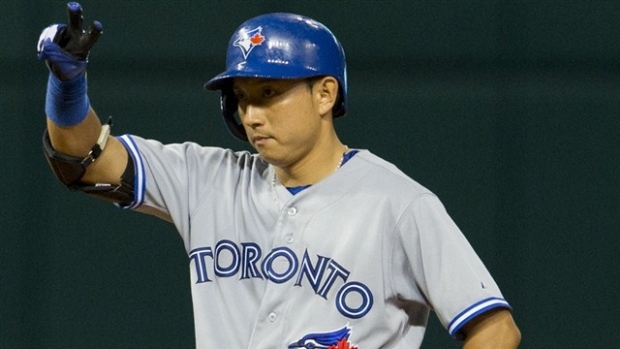 According to Jon Morosi of Fox Sports, Munenori Kawasaki has signed a minor-league deal with the Chicago Cubs.

The utility infielder spent parts of three seasons with the Blue Jays and was a fan favourite in Toronto.

He appeared in 201 games with the Blue Jays, mostly in a back-up capacity, and had one home run and 43 RBI. His biggest strength was in the field, where he played solid defence at second base.

The 34-year-old came to the major leagues after a long career in Japan, and debuted with the Seattle Mariners in 2012.