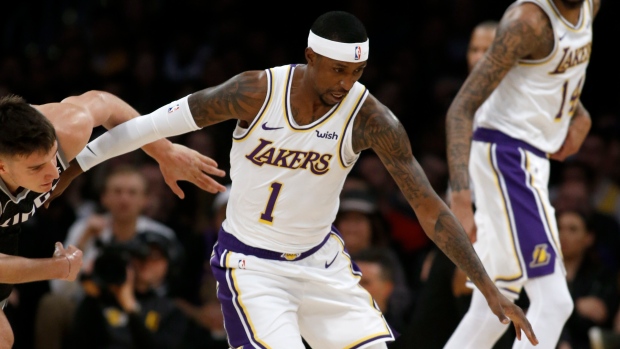 The Los Angeles Lakers have agreed to sign sharpshooter Kentavious Caldwell-Pope to a three-year, $40 million contract, according to Shams Charania of The Athletic.

Kentavious Caldwell-Pope had several interested teams after playing a vital role in the Lakers‘ title run, but sides reached an agreement tonight to keep him in Los Angeles. https://t.co/LssARAoEpV

The 27-year-old averaged 9.3 points per game last season on an impressive 38.5 per cent shooting from beyond the arc.

Caldwell-Pope spent the first four seasons of his career with the Detroit Pistons before signing as a free agent with the Los Angeles Lakers.

He helped the Lakers to a title last season alongside LeBron James and Anthony Davis, shooting 37.8 per cent from three during the postseason.

Caldwell-Pope was selected No. 8 overall by the Pistons in 2013 out of the University of Georgia.