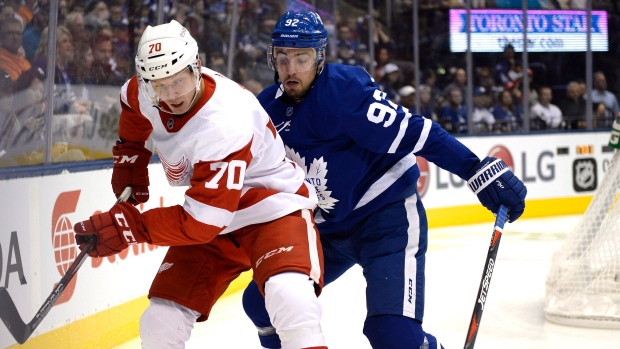 Now, it appears the KHL is readying for his return.

Ozhiganov joined the Maple Leafs last summer, signing a one-year, $925,000 contract after playing the previous eight seasons in the KHL.

He saw significant playing time early in the season but lost his full-time role once the team acquired Jake Muzzin in late January. He finished the regular season with three goals and seven points in 53 games and did not dress during the team's first-round playoff series.

The 26-year-old is scheduled to become a restricted free agent on July 1.

Sekac, who appeared in 108 NHL games with the Montreal Canadiens, Anaheim Ducks, Chicago Blackhawks and Arizona Coyotes, has spent the past three seasons with Ak Bars and posted a career-high 23 goals and 47 points this season.