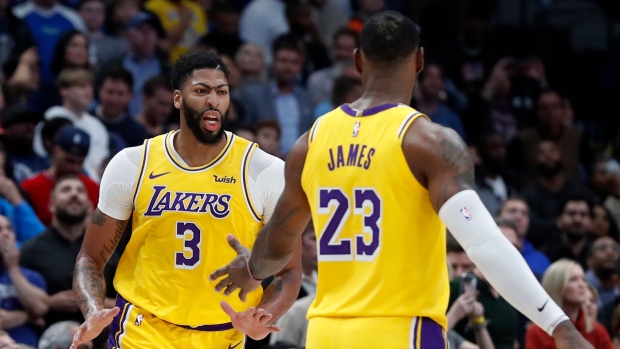 Los Angeles Lakers star LeBron James has held private workouts with some of his teammates amid the ongoing global coronavirus pandemic, according to Stadium's Shams Charania.

The Lakers have not been the only Los Angeles team that has held workouts during the pandemic, per Charania. He reports that the Clippers have engaged in similar activities as well.

"The Clippers, I'm told, have had some players do the same, in terms of working out and getting together on the court," Charania said. This is a way for both teams to gain chemistry and to be able to in shape and be in tune with each other as a potential resumption to the season gets near."

These reported workout sessions come on the heels of the Lakers reopening their practice facility and the Clippers reportedly set to have theirs open on Monday. ESPN reported on Wednesday that the league office is expected to issue guidelines around June 1 that would act as a first step towards a formal plan to resume the season.

The NBA season has on hiatus since March 11 due to the pandemic.