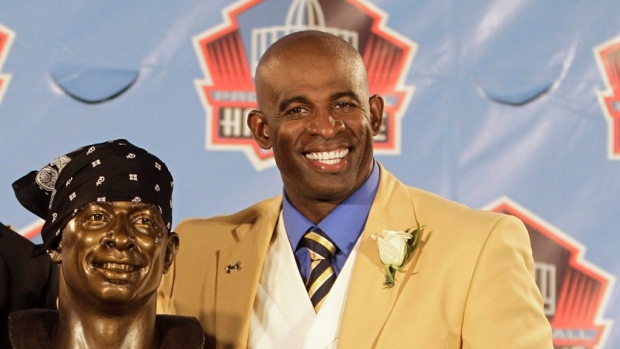 As Florida State searches for a new head coach, a legendary Seminole could be throwing his hat into the ring.

The NFL Network's Ian Rapoport and Mike Garafalo report that Deion Sanders is interested in succeeding Willie Taggart, who was fired earlier this week.

NFL Network analyst and Hall of Famer Deion Sanders has emerged as a candidate for the Florida St. head coaching job, sources tell me and @MikeGarafolo. A fascinating situation that could unfold.

An All-American cornerback under Bobby Bowden, Sanders also played baseball and ran track at the school. The winner of the Jim Thorpe Award in 1988 as the nation's top defensive back, Sanders had his No. 2 retired by the school in 1995.

The Pro Football and College Football Hall of Famer has coached at the high-school level, but never at the collegiate level.

Taggart was fired by the school after less than two seasons on the job. After a 5-7 season in 2018, the Seminoles are 4-5 this season. Veteran assistant Odell Haggins will act as interim head coach for the remainder of the season.

Florida State is next in action on Saturday when they visit Boston College.