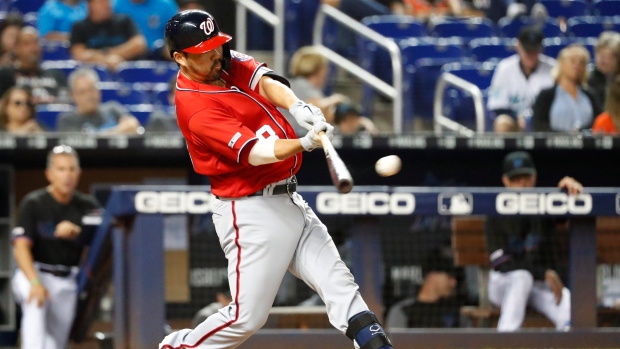 The Los Angeles Angels are bringing in a veteran backstop.

Suzuki, 37, spent the past two seasons with the Washington Nationals with whom he won a World Series in 2019.

The native of Wailuku, HI heads into his 15th big league campaign.

Breaking into the league in 2007 with the Oakland Athletics, Suzuki has appeared in 1,512 career games with the A's, Nationals, Minnesota Twins and Atlanta Braves. Suzuki was an All-Star in 2014 as a member of the Twins.