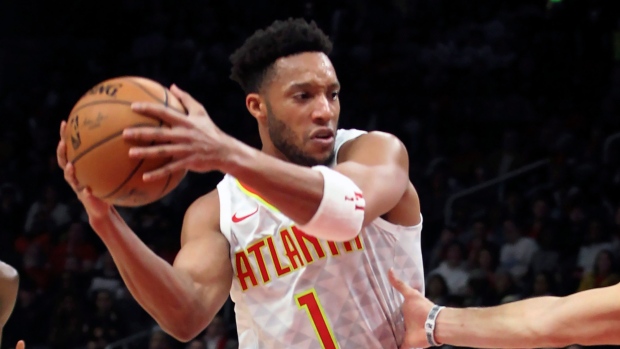 Turner has received permission with a buyout pending. https://t.co/baHGQ4ykzF

Turner, per Haynes, has received permission to work out with the Clippers, as the two sides are reportedly discussing a contract buyout. The nine-year veteran has yet to suit up for the Timberwolves after being traded to the team from the Atlanta Hawks on Feb. 5, the final day NBA teams were permitted to make trades this season.

The Timberwolves (16-37) currently sit in second-last place in the Western Conference standings, while the Clippers (37-18) rank third.

Turner, 31, averaged 3.3 points and 2.0 rebounds in 19 games this season with the Hawks, and holds career averages of 9.7 points and 4.6 rebounds. The second overall pick of the 2010 draft has also played with the Philadelphia 76ers. Indiana Pacers, Boston Celtics and Portland Trail Blazers in his career.