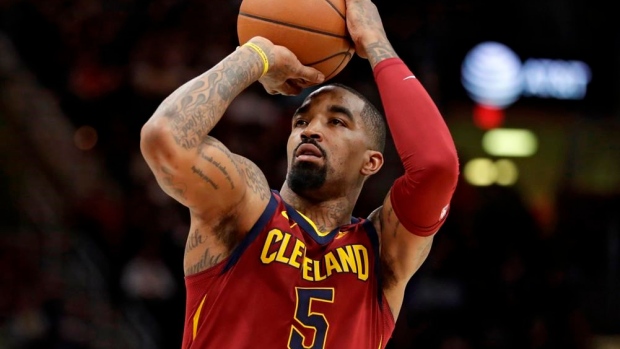 LeBron James is about to be reunited with a teammate from Cleveland.

The New York Times' Marc Stein reports that the Los Angeles Lakers are expected to finalize a deal with former Cavaliers swingman J.R. Smith ahead of Tuesday night's 11:59pm et closure of the NBA's transaction window.

The Lakers, league sources say, are expected to finalize a rest-of-the-season contract with J.R. Smith before Tuesday's 11:59 PM ET closure of the NBA's "transaction window"

Rosters for the league's restart must be submitted to the NBA by Wednesday.

Smith, 34, did not play this season prior to its pause due to the outbreak of the coronavirus (COVID-19) pandemic.

He spent the past four-plus seasons with the Cavs, winning the NBA title alongside James in 2016. Smith only appeared in 11 games for the team in 2018-2019, shut down in November by the club after expressing reservations about the direction of the team. He was officially waived last summer.

A first-round pick in 2004 out of St. Benedict's Prep in Newark, NJ, Smith has appeared in 961 games over 15 seasons with the New Orleans Hornets, Denver Nuggets, New York Knicks and Cavs.