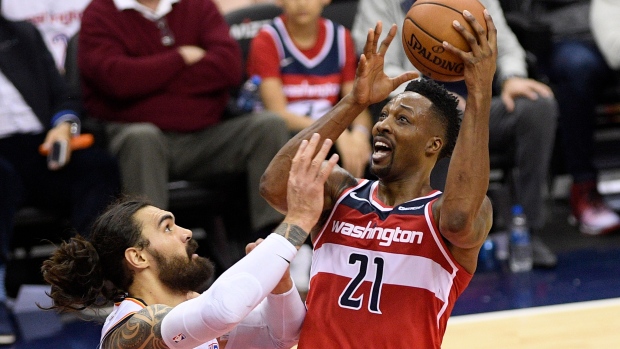 The Los Angeles Lakers have been given permission to speak to Memphis Grizzlies centre Dwight Howard and there is mutual interest, according to a report by Shams Charania of The Athletic.

The Lakers are expected to request permission soon to speak to Dwight Howard and there's mutual interest between the eight-time All-Star and L.A. in wake of DeMarcus Cousins' torn ACL, league sources tell @TheAthleticNBA @Stadium.

The Lakers would add Howard, who is expected to eventually be released by the Grizzlies, to replace DeMarcus Cousins, who suffered a torn ACL last week after joining the team on a one-year contract.

Howard spent the 2012-13 season as a member of the Lakers after joining the team from the Orlando Magic as part of a massive four-team trade.

The 33-year-old eight-time all-star led the league in rebounds per game in his only season with the Lakers.

Howard is a three-time Defensive Player of the Year and has been named First Team All-NBA five times.

He only appeared in nine games last season with the Washington Wizards, having back surgery in November and then suffering a hamstring injury while trying to rehab.

Howard was dealt to the Grizzlies in July for C.J. Miles.  He has also played for the Houston Rockets, Atlanta Hawks and Charlotte Hornets over the course of his NBA career.