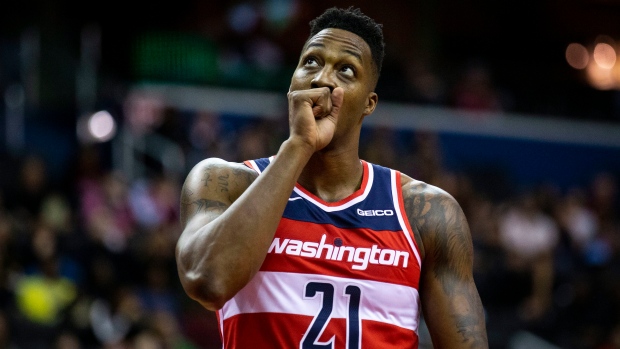 Following the likely season-ending injury centre DeMarcus Cousins suffered last week during a workout, the Los Angeles Lakers are planning to work out Dwight Howard and a host of other centres, according to ESPN's Adrian Wojnarowski.

Besides Howard, the Lakers are also planning to work out Joakim Noah and Mo Speights this week in Los Angeles, per Wojnarowski, with the team also considering Marcin Gortat who is currently overseas.

Howard is under contract with Memphis, but they’re letting him explore opportunities elsewhere. Grizzlies would gladly work on a buyout with him. https://t.co/4BQDH1Hzjm

With all of the names on this list being over the age of 30, Wojnarowski says the Lakers want to know about the physical condition and mindset of each player.

Howard is the only player among the bunch that isn't a free agent, as he's currently under contract with the Memphis Grizzlies, but Wojnarowski reports that the team is letting Howard explore other opportunities and would gladly work on a buyout with him.

Howard, a former top overall pick, is the most accomplished player, having been named an all-star eight times in his career along with a three-time Defensive Player of The Year winner. Noah is a two-time all-star and former DPOY as well. Gortat has started 587 games in his career, while Speights has primarily served as a reserve.