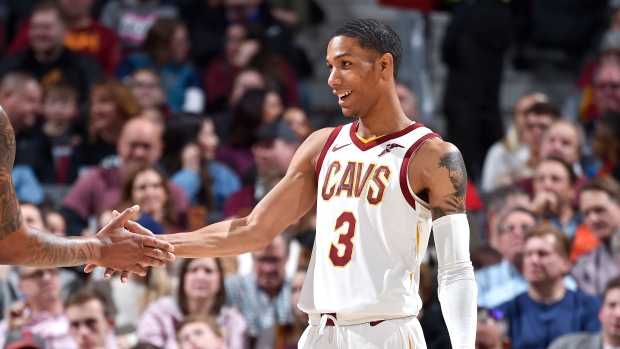 The Raptors announced Thursday that the club had signed McCaw, although terms of the deal were not disclosed.

The 23-year-old was waived on Sunday by the Cleveland Cavaliers and will be joining his third team of the season.

McCaw played only three games with the Cavaliers and was waived before his contract would have been guaranteed for the remainder of this season. He cleared waivers and became an unrestricted free agent.

The Golden State Warriors held McCaw's rights as a restricted free agent, then elected not to match the two-year, $6 million offer sheet that he signed with the Cavaliers on Dec. 28 — with the potential luxury tax ramifications among the many reasons that factored into their thinking.

The NBA is reportedly looking into the circumstances surrounding his short-lived stint with Cleveland.

McCaw has appeared in 131 career games with Golden State and Cleveland, averaging 3.9 points, 1.2 assists and 15.9 minutes, and was a member of the Warriors' 2017 and 2018 NBA championship squads.