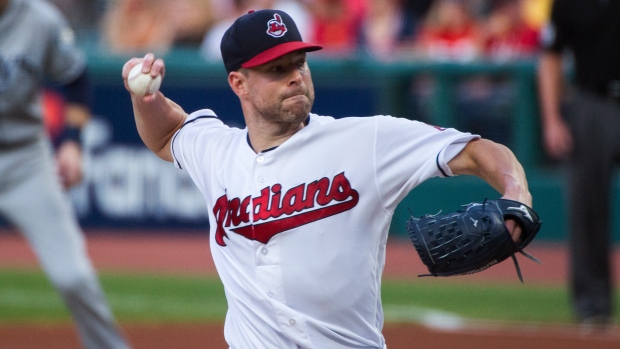 Two of the most active teams thus far in the Major League Baseball offseason could be cooking up something together.

MLB.com's Mark Feinsand reports that the New York Mets, who are currently finalizing the acquisition of Robinson Cano and Edwin Diaz from the Seattle Mariners, have had discussions with the Cleveland Indians, who recently traded Yan Gomes to the Washington Nationals, over ace Corey Kluber.

Sources say the Mets have spoken with the Indians about Corey Kluber. The two teams had talked about Yan Gomes before he was dealt to the Nationals, but the Mets' interest now appears to also extend to Kluber, who had Mets manager Mickey Callaway as a pitching coach in Cleveland.

Feinsand notes the connection between the two clubs with Mets manager Mickey Callaway having served as Kluber's pitching coach in Cleveland and the teams having engaged in talks over Gomes last week.

There is no word on what a potential package from the Mets would look like. Cleveland is also said to have had talks with the Los Angeles Dodgers over Kluber.